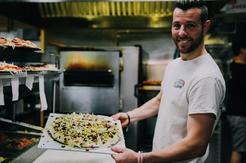 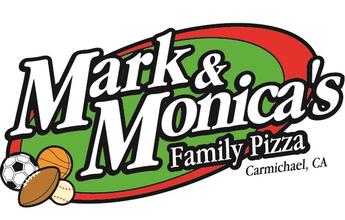 We strive to meet every family's need, from 9 large TV's to an arcade for the kids, we want to make everyone happy.

One thing we've learned in all the years of running our restaurant is that no two guests are the same. We can customize the dining experience for  anyone who walks through our doors.

All our staff is driven by an all-consuming passion to create delicious food and extend impeccable service. If you have what it takes, let's discuss employment opportunities. 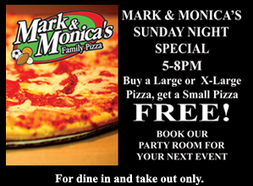 Since we are a family restaurant, let us tell you about our family and the history of Mark and Monica's Family Pizza! Mark and Monica Brooks were California natives who grew up together in Los Altos, California. On September 21, 1986 they were married! They moved to Carmichael the following February to open up the first Mountain Mike's Pizza in the Sacramento area.

Through a lot of hard work, they began to grow the business. As the business began to bloom, so did their family. They brought two wonderful children into the world, Ryan and Lauren, who were both raised at the pizza parlor. After 5 years as Mountain Mike's, they decided to go independent and use their own recipes and concepts. Mark and Monica's Family Pizza was born! As the years passed, the children grew and Mark and Monica opened up two more pizzerias in the greater Sacramento area, one in Granite Bay and another in Lincoln with continued success. At the same time, they reached out to the local community by sponsoring kids' sports teams and making donations to schools and churches, being a staple in the community for famous fundraisers!In February 2009, Monica was diagnosed with liver cancer. They scaled back the business to focus on the original Mark and Monica's so they could spend more time together as a family. We lost Monica too soon that September and she is greatly missed.

In October 2013, Mark and Monica's was devastated with a terrible fire. The patio was burned with severe smoke and water damage to most of the building. Luckily, the fire happened during closed business hours and no one was hurt. During the process of the remodel, Mark decided to step down so he could focus on fulfilling his bucket list. A couple years before that he was diagnosed with prostate cancer. He had radiation treatment to his eye socket and his cancer progressed aggressively spreading into different bones throughout his whole body. The next generation, Mark and Monica's daughter, Lauren Brooks and niece, Kelly Kann, along with her husband Joe are now business partners carrying on Mark and Monica's legacy in the community. The Kann family moved out to Sacramento across country from Westfield, Indiana with their three wonderful children Brooklynn, Brady, and Jackson. The kids will now be raised at the pizzeria just like Lauren!

Almost a year after the fire, they completed the remodel with a fresh new look! They added on two new party rooms and two huge bathrooms. They were able to save most of the sports memorabilia as well as the original booths and many other items. Luckily Mark was able to be there for the grand re-opening and although we lost him the following September we will always be thankful for the lessons he taught us.

On September 21, 2019 Lauren married the love of her life David Lanthier on the same day her parents got married 33 years later! Kelly and her children were in the wedding and we know that Mark and Monica were there in spirit.

We will cherish our memories together of both Mark and Monica as they live in our hearts and this family pizzeria forever! I hope you enjoyed our family story! Please come by with your family for the same family friendly atmosphere and same great pizza! 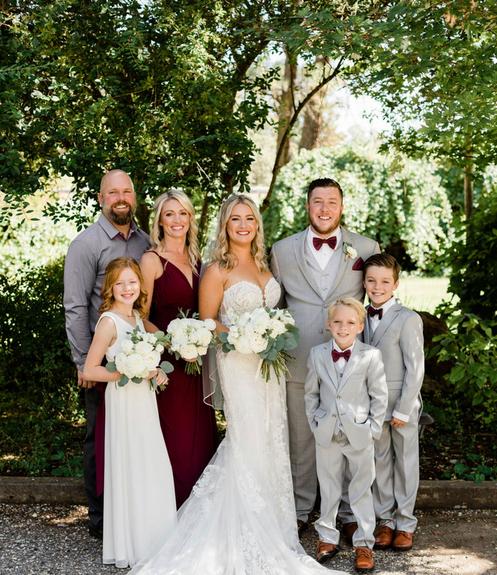